February 29, 2012
Since being banned from Facebook I have skinned a fox and made a few videos
This Beautiful creature had barely a scratch on her. Very thin but apart from that in apparently good working order until I got to the head and pop! A huge horrible cyst. It must have been putting pressure on the brain and she just went in the bushes to die :( Poor old thing.
So she's the star of a few new videos......I have vetted these videos with friends and they are officially 100% inappropriate. There are a couple of new ones on YOUTUBE but waiting for my moment to pounce with the hardcore taxidermy stuff.

Here she is before she was famous: 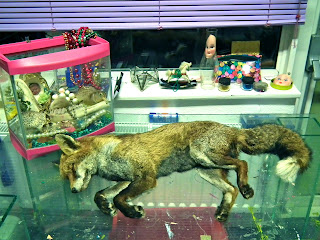 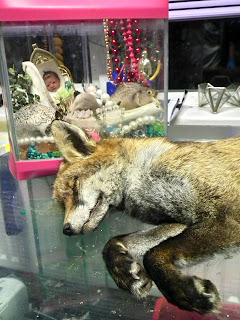 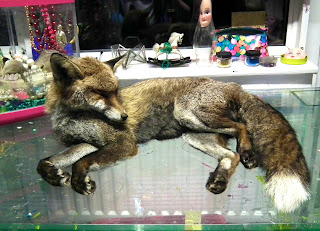