SING FOR YOUR LIFE! Musical foray featuring the recently deceased. 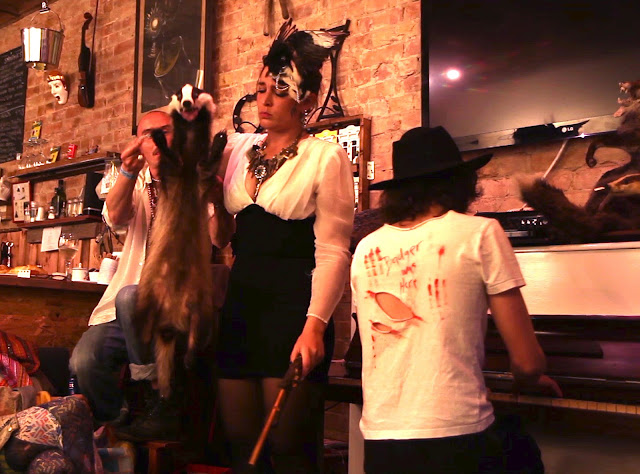 On Saturday the 11th of May, people really did go wild for wildlife. It was the most thrilling performance combining some of my most favourite things: singing, raw emotion and roadkill. 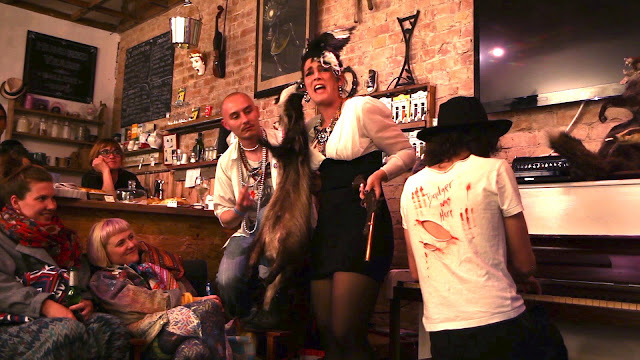 Imagine a cabaret show in the underworld, judged by Cheryl Cole, Harry Hill and Damien Hirst - and compèred by Edgar Allen Poe? Not for the faint-hearted, this unholy union of taxidermy, puppetry and chanson explores the no-man’s-land between hilarity and tragedy. .
'SING FOR YOUR LIFE!' took the audience on a sensory adventure, tugging at their moral and immoral heart strings, as I brought the reality of death to life in a musical foray 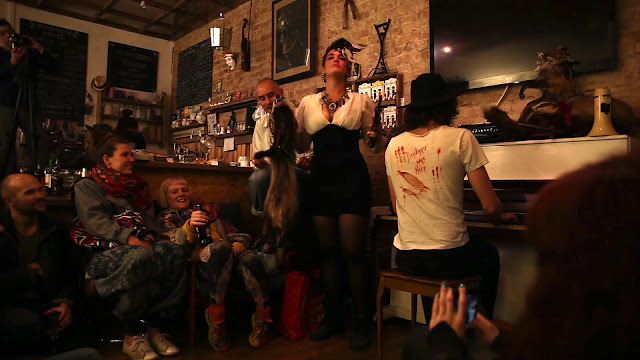 Basically what all this means is i'm taking taxidermy up a notch.. . Taking it to the West End(eventually). I previewed a small sample/exsample of what the future holds at Hundred Years Gallery. 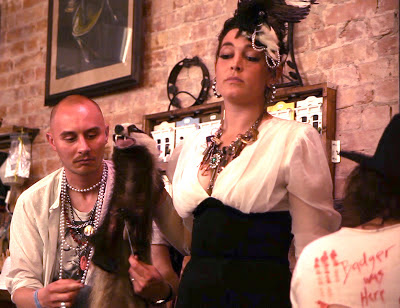 I eased the audience in by playing a selection of highly offensive animalation (the use of real animals in animation) videos- full selection can be found on my YOUTUBE channel. Needless to say the audience went very quiet very quickly. Once I had their full attention Mrs Badger was let out the bag with a ‘BANG BANG’, opening the show with our fusion of the Nancy Sinatra & Cher classic. 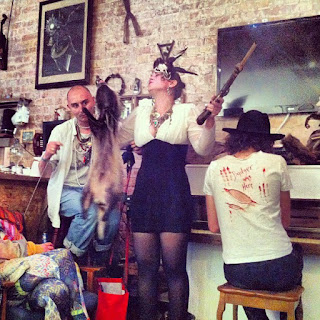 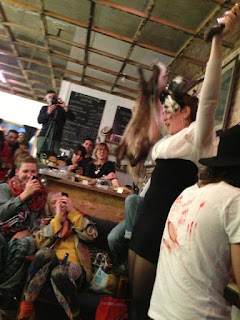 In homage to banality and shit songs, our next number was 'Life' by Des'ree.
We finished the set with 'Earth Song' By Michael Jackson.
THIS WAS EPIC. The crowd were jumping, screaming and singing for their dear lives. O.T.T is an understatement.

So why a badger?  Why create a musical foray featuring the recently deceased?

"Driven by her indignation at the badger cull set to take place in her native West Country, vegan artist and new-wave taxidermist Gates uses shock and song to challenge the dubious presumption that bovine tuberculosis can be ended by slaughtering England's dearest mammal

Born out of her pioneering ‘DIY Taxidermy Live’ performances comes SING FOR YOUR LIFE, a bizarre talent show, where three of your favourite dead animal finalists will compete for the chance to live again. Immortalised by you, the audience. Not for the faint-hearted, this unholy union of taxidermy, puppetry and chanson explores the no-man’s-land between hilarity and tragedy.

Imagine a cabaret show in the underworld, judged by Cheryl Cole, Harry Hill and Damien Hirst - and compèred by Edgar Allen Poe.

Life is a contest, a struggle, with death the inevitable denouement. SING FOR YOUR LIFE subverts this paradigm by inviting the dead to compete for a second chance at life. As you encounter themes of resurrection, the commodification of life and the boundaries of taste, expect to feel unsettled, collapse in hysterics and never be able to look at a humble badger in the same way again."
SIGN THIS PETITION AND SAVE ONE OF THE COUNTRYSIDES ALL TIME HEROS!!!. 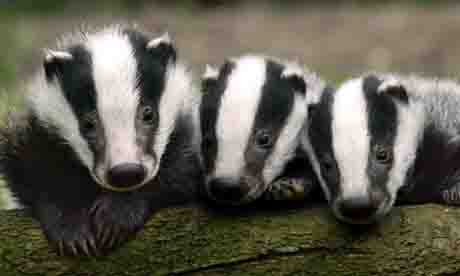 Somtimes I wonder what a show like this would be like if there was loads of money invested in it...Can you imagine?!???  This can only become a reality through investment, either through physical money, the donation of a venue and all hands on deck to create a living, breathing and dying installation. If you know anyone wilth skills, attributes and resources then get in touch and GET INVOLVED!
SAVE THE BADGER, SAVE ALL THE LIVING CREATURES AND SAVE THE WORLD!!!